The aim of the project is to study the distribution and abundance of Sibree’s dwarf lemur. This species was considered extinct until recently, and identifying new localities and suitable habitat is crucial for its protection. 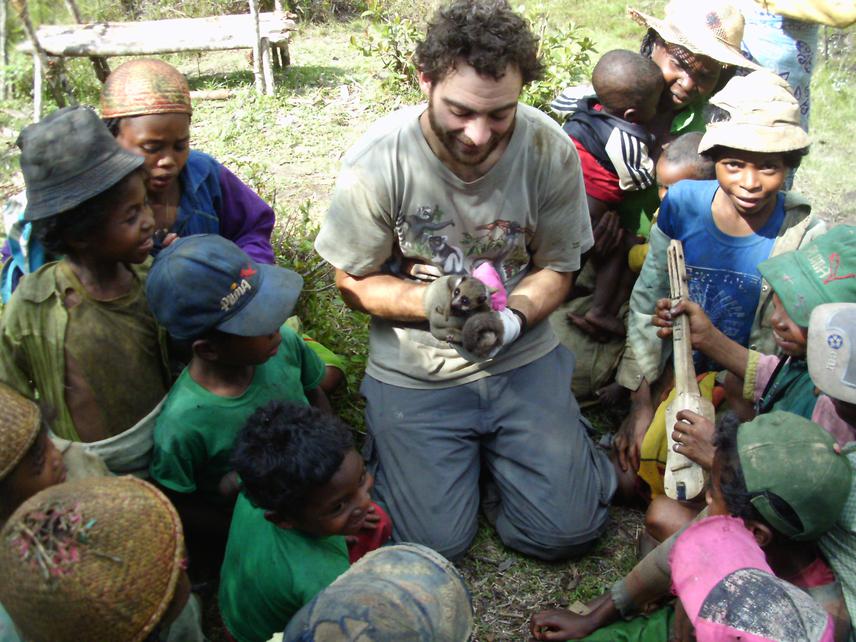 Tropical deforestation threatens a major reservoir of biodiversity. Tropical ecosystems are complex and the dynamics between plants and animals have coevolved in a delicate balance. The rainforests in Madagascar were cut by 40% between 1950 and 2000, and the remaining forests are increasingly disturbed by humans exploiting forest products. Many lemur species have restricted geographic ranges. One species, Sibree’s dwarf lemur (C. sibreei), was thought to be extinct until only three years ago when it was re-discovered in the high-elevation central eastern rainforest of Tsinjoarivo by M. Blanco and colleagues (2009).

Known only from a single locality in a fragmented forest, C. sibreei may be in dire risk of extinction. It is crucial to understand its geographic distribution to evaluate its conservation status. I will conduct an ecological survey to confirm whether this species is also present in the southeast, specifically at Ranomafana National Park. A specimen captured at the high-elevation site of Maharira in 2002 matches the morphological description for Sibree’s dwarf lemur, but morphometric and genetic data are needed to assess whether this species is present or not.

I will collect data crucially needed to estimate the geographic distribution and population size of Sibree’s dwarf lemur and evaluate its conservation status. Illegal logging has become more common in recent years and I plan to raise awareness by emphasizing the intimate link between the trees and the lemurs. As part of my work in Ranomafana, I have started a native tree nursery with the long-term plan of creating corridors between fragments outside the park to connect to contiguous forest. It is my hope that these conservation efforts will slow the degradation of Madagascar’s endemic biodiversity.