Community Based Actions to Benefit a Threatened Plant Species: Case Study of Bequaertiodendron oblanceolatum in Ewe-Adapklamey Remnant Forests in Benin

Propagation of Native Trees by Local Communities to Provide Food for Primates in the Forests of Ketou: A New Challenge for Habitat Restoration in Benin Republic

The project aims to retrace history linking humans and Ewè-Adakplame Relic Forest in Benin, while engaging locals in restoration for a long lasting community ecotourism 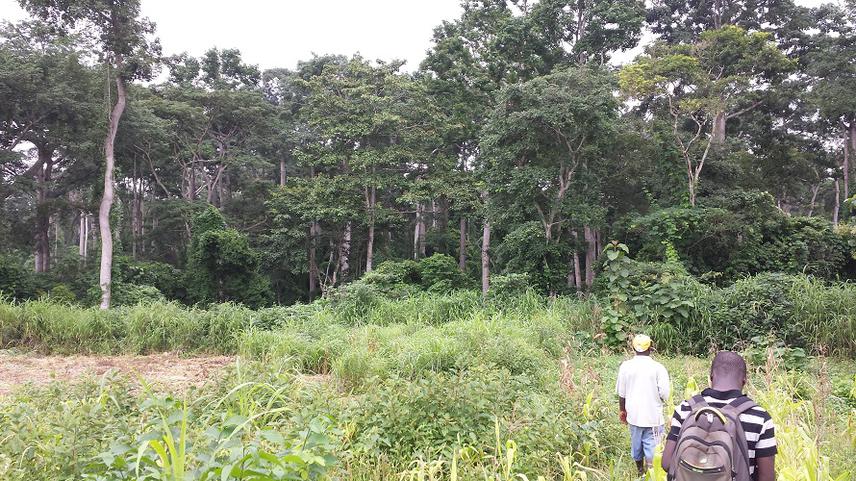 Since millennia, West African ecosystems have experienced a long history of climate change and human occupation with bush fire use. Accordingly, Benin's vegetation is suspected to have derived from the late Holocene dry period that triggered the fragmentation of the continuous rain forest block. During Holocene, these disturbances have been increasingly aggravated by intense anthropogenic disturbances such as shifting cultivation, logging and vegetation burning. As a result, the vegetation in south of Benin, from the coast up to c. 7°30’N, is a mosaic of savannah and fallow intermingled with very small islets of closed forest, replacing a supposedly luxuriant vegetation. The current landscape of Benin includes around fifteen small patches of semi-deciduous forests that harbour most of the country plant diversity. Ewe-Adakplame Relic Forest (EARF) in south-east Benin, is a typical example of these remnant forests.

In this contrasted ecoregion dominated by savannah landscapes, the EARF deserves a particular attention while still entirely managed by local communities. It corresponds to sites harbouring approximately 17% of range-restricted plant species found nowhere else in Benin, with at least 43 threatened tree species including 10 critically endangered. In recent years (1987 to 2007), encroaching human boundaries have cleared 36.24% of EARF area that were once a stronghold for the tree cover. The dramatically narrowing of EARF is a major threat for its extraordinary plant diversity while most of the plants are not yet domesticated or characterized. Data on EARF (agro-) ecosystem dynamics and on footprints left by human in the past millennia are needed to better understand its dynamics and to foreseen a favourable scenario for its conservation.

Based on radiocarbon dating in association with Alpha Diversity and Beta Diversity analyses, this project aims to combine palaeoecological and botanical data assisting local communities around EARF in performing a trustworthy and a sustainable ecotourism. Data will provide an enriching and comprehensive description of EARF while raising awareness of local communities for an ambitious and attractive community tourism in common vision of heritage conservation. Past indicators such as fossils of charcoals, pollens, phytoliths and environment deposit will be studied to highlight the history and dynamics of the system, linking Man, EARF and surrounding landscape over millennia up to now. A complete list of EARF's vascular plants, their past floristic connection, structural parameters, plasticity and current status, will be provided to better design the conservation and management of this extraordinary plant diversity.