How Do Birds Use Rivers in Arid Areas?

The aim is to investigate the biotic and abiotic factors that affect bird diversity in ephemeral river lines in an arid environment.

Behavioural adaptations that allow bird species to survive where water is scarce and unpredictable but water demands are high have not been studied in Namibia. The role of vegetation composition and structure in determining avian diversity in these arid area ephemeral rivers is not known and neither is the role of climate factors, specifically rainfall and temperature. 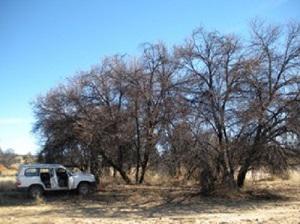 Ecological interactions are also not known, such as the possible presence of more predators in more eastern, higher rainfall areas. The composition of the bird diversity needs to be investigated, i.e. the relative abundances of and interactions between frugivorous, insectivorous, seed-eating and carnivorous bird groups so as to show which groups are more dependent on healthy river ecosystems in a desert and which ecological niches enable them to survive and reproduce here. 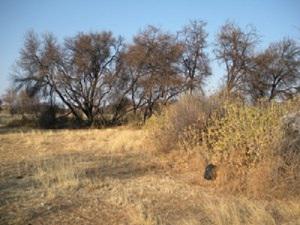 Practical relevance of the study will include advising mining companies and encouraging government to enforce the application of mitigation methods, rehabilitation and restoration regulations by mines to prevent the degradation of river systems.

The factors that will be examined include:

1/ Behavioural adaptations of bird species that survive where water is scarce and unpredictable but water demands are high.

2/ How birds use riparian vegetation, which parts of it they use most and for which purposes they use it.

3/ Do the birds forage until it gets too hot and at what temperature do they stop? Or is cessation of foraging behaviour unrelated to temperature?

6/ Where do they seek shade – on the ground, in trees with shade or in any tree so long as they are at a height that catches the breeze?

7/ Relative importance of riparian vegetation: which trees/shrubs are most important for maintaining avian diversity?

9/ How populations are affected by changes in their habitat.

10/ Utilisation of riparian vegetation at different times of day: cool early morning and hottest time of the day.

11/ Do birds associated with open areas (e.g. larks) enter the river at a certain time of day? What do they then use the river for – thermoregulation, feeding, protection against predators, roosting?