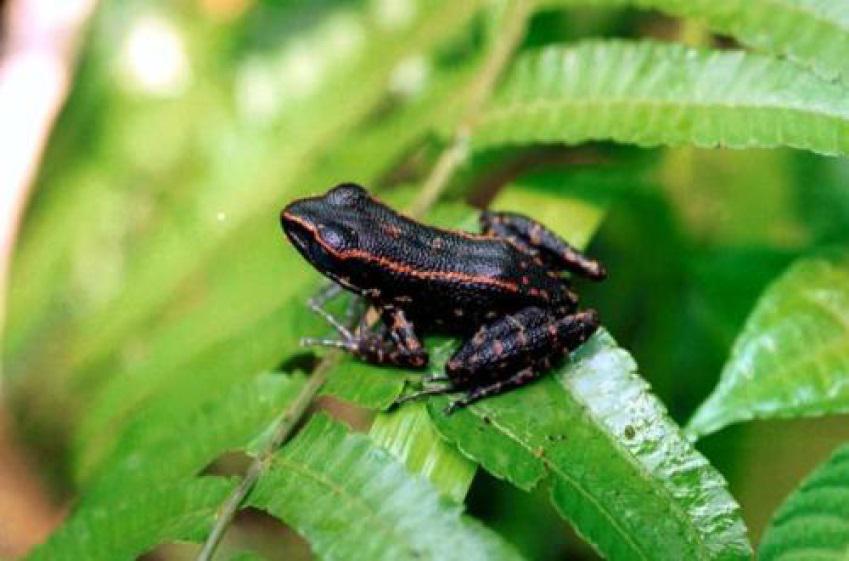 Generally, the herpetofauna of Sumatra remains poorly studied; only certain areas have been studied comprehensively including Leuser National Park.

Recent publication recorded that approximately 93 species of frogs are known from mainland Sumatra, of which there are 21 endemic species. As well, there are approximately 72 lizard species (16 endemics), 133 snakes (26 endemics) and 13 species of non-marine turtles. However, many new species are being discovered and described due to limited sampling efforts in many areas to date.

Kerinci Seblat National Park (KSNP) is the huge national park in Sumatra (total area approximately 1,400,000 hectares). The park is located in 9 counties and 4 provinces, namely: Pesisir Selatan and Solok (West Sumatra Province); Batanghari, Sorolangun Bangko and Kerinci (Jambi Province); Bengkulu Utara and Rejanglebong (Bengkulu Province); and Musi Rawas (South Sumatra Province). The large area of rain forest that covers most of the KSNP area is important habitat for amphibians and reptiles with many reptile and amphibian species relying on specific habitats for their survival.

This study will be based largely on field surveys, The topics that will be carried out are :

1. Amphibian and reptiles species diversity The purpose of this topic is to document the occurrence of amphibians and reptiles diversity in KSNP and collect the specimen for museum collection. The suitable techniques of collecting of the species are : (1) Catching by hand; (2) Trapping; (3) Lighting.

2. Species richness and relative abundance of the species The purpose of this topic is to determine relative abundance of amphibians and reptiles in KSNP by using time census counts technique. This technique is utilized manual sighting in a certain time sequence. It will be applied in different habitat among several sample sites throughout KSNP.