Conservation, Ecology and Genetics of the Cape Verde Warbler

This project aims to inform the conservation of the endangered Cape Verde warbler by assessing differences in ecology, morphology and genetics between the three remaining populations 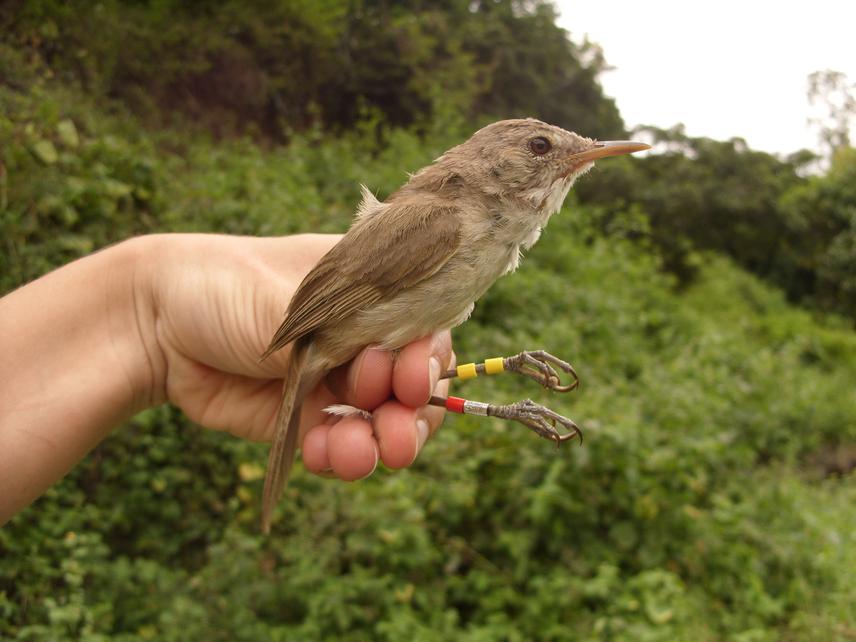 The Cape Verde Warbler (Acrocephalus brevipennis) is an endangered passerine endemic to the Cape Verde islands. Until recently it was believed to be confined to Santiago, but in 1998 a small population was found in São Nicolau and in 2004 another population was discovered in Fogo. The global population of this species is estimated by the IUCN at just 1000-1500 birds. However, the relationships between the three surviving populations have not yet been assessed. The islands on which they exist are considerably distant from each other, a barrier that could be sufficient to prevent migration and therefore gene flow. The warblers on each island could thus differ substantially from each other, in terms of habitat, song, morphology or genetics. They may even represent different subspecies as seen, for example, in the local subspecies of Common Kestrel. If so, this could be important in determining conservation management units, which could need different conservation actions. But very little work has been undertaken on this species so far. It is therefore important that population sizes, specific habitat requirements and levels of population differentiation (genetic, morphological and ecological) are assessed, as possible ecological or evolutionary divergence between populations may justify their conservation as independent units.

Our project aims to:

1) Improve the currently limited knowledge about the species (in terms of population sizes, song, habitat, etc);

3) Assess the genetic viability of the populations (is current genetic diversity enough to maintain healthy and stable populations?);

4) Contribute to the design of a suitable conservation plan for this species;

6) Create a working group that will use the information gathered to recommend areas for viable long term protection of this species and its habitat.

We aim to build a strong collaboration with the local stakeholders, as this is crucial for the development of capacity to undertake conservation actions and for the long-term protection of this species.