The Lui Tiger Gecko (Goniurosaurus luii) was originally described from China, and subsequently recorded in northeastern Vietnam in 2006. The species has been seriously threatened by extinction due to over-exploitation for international pet trade and habitat degradation. It has been listed in the CITES Appendix II and the Group-IIB of the Vietnam Governmental Decree since 2019. However, appropriate conservation measures are still lacking and knowledge on population status and habitat requirements remains poorly known. This study aims to evaluate the population status and ecology of the target species in northern Vietnam and assess potential threats to provide recommendations for conservation. 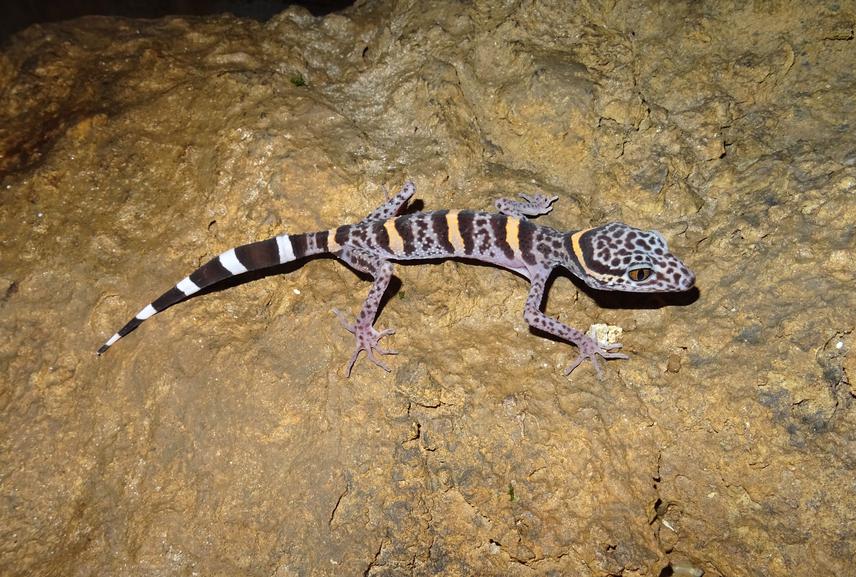 Tiger geckos (Goniurosaurus) are considered one of the most susceptible reptile groups. Due to the occurrence in low density within restricted ranges, the lizards are highly threatened by habitat loss, over-harvesting for pet trade and the lack of appropriate conservation measures. Meanwhile, fundamental knowledge on the population status and habitat requirements of the Lui Tiger Gecko (Goniurosaurus luii) remains scarce, although the species is already considered to be threatened by extinction. As such, the species has not been included in the list IUCN Red List of Threatened species so far.

Thus, the project will be conducted to clarify the following question: whether a stable condition and safe development of the wild population of G. luii in northern Vietnam under anthropogenic impacts is possible. The tolerance of G. luii will be assessed based on estimating population size and structure, as well as evaluating the level of current threats. Furthermore, to determine which habitat characteristics are mainly associated with the presence of the species, microhabitat requirement will be investigated. All these aspects together are essential to improve knowledge about the conservation status of the species. The study will provide a timely conservation assessment to support the listing of the target tiger gecko in the Vietnam Red Data Book and IUCN Red List in accordance with the IUCN category and criteria, if its population is under critical threats.

To collect data, field surveys will be conducted in localities in northern Vietnam nearby the China-Vietnam border based on existing literature and previous investigations. Survey transects will be set up along forest paths and caves within karst ecosystem mountains in Cao Bang and Lang Son provinces, northern Vietnam. Furthermore, awareness campaigns will be conducted, including organizing workshops and disseminating posters in close collaborations with provincial authorities and local communities.