More than Pollutant Removal: A study on Constructed Wetlands as Biodiversity Hotspots

Due to increasing population densities and impacts from human activities, pollution remains an essential issue for water quality protection and conservation of biodiversity in urban areas. Ecological technologies of Constructed Wetlands (CWs) for wastewater treatment presents innovative and emerging solutions for environmental conservation and protection. Also, the technology is believed to significantly contribute to conservation through enhancing biodiversity within their habitat and reduced pressure to natural ecosystems. Despite its potential, little information has been quantified on their contributions to conservation. Further, its adoption in many developing countries including Tanzania is complicated due to a lack of adequate information on the various benefits it can offer. Therefore, this research aims at providing comprehensive information on biodiversity status of Macro- and microorganism’s in Constructed wetlands, potential of CWs in environmental conservation and protection as well as the ecosystems services that can be offered by CWs for livelihood development in Tanzania. 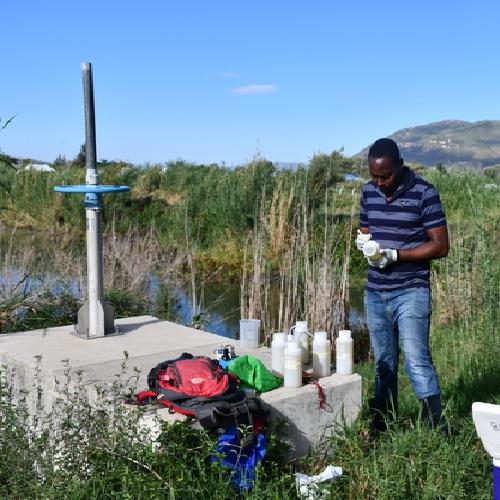 Globally, wetland ecosystems play a vital role in supporting life on earth (Oketch, 2006). For example, the African great lakes significantly function to support the life of many rural communities and the ever-increasing human populations in towns and cities (Hecky et al., 2005). Generally, increased water scarcity due to growing freshwater use and depletion of usable freshwater resources associated with the rise of the human population has set a need for re-use of resources, including water (FAO, 2011; Almuktar et al., 2018). Therefore, the use of Constructed Wetlands (CWs) is now gaining importance as an environmentally friendly way for reducing pollution load in the environment as well as means to recover useful resources such as, nutrients and water for irrigation as well as enhancing biodiversity (Oketch, 2006).

Recently, several wastewater treatment systems have been developed in East Africa: for example, in Uganda, a CW was constructed for treating municipal wastewater in the year 1999 (Okurut et al., 1999; Kyambadde et al., 2004), in Tanzania a waste stabilization pond (WSP) was constructed at the University of Dar es Salaam for treating wastewater in the year 2000 (Mashauri et al., 2000). Currently the new technology of CWs has been adopted by few individuals, industries and municipal as the treatment way for wastewater and the trend towards adoption of this non-conventional treatment technology in the country is increasing (Mtavangu et al., 2017).

Previous studies conducted on CWs focused on assessing the diversity of aquatic macro-invertebrates in the free water surface of CWs and bacterial groups within specific wastewater such as dairy industry and textile industries as well as performance and removal efficiency (Njau et al., 2011: Rajan et al., 2018 and Thalla et al., 2019). This study will use direct observations, camera traps, pitfall traps, questionnaire survey, Focus Group Discussions and molecular techniques to assess the biodiversity status of macro-and micro-organisms and the ecosystems services offered by CWs in Tanzania. This study will provide the baseline information on biodiversity status of macro-organisms, microbial communities’ diversity, and ecosystem services offered by CWs. Likewise, findings from this research will be beneficial for researchers, environmental experts, wastewater management authorities, policy makers and planners as a basis for decision making in promoting establishment of CWs as means to enhance biodiversity, reducing pollution and improving livelihood of communities.