Encephalartos barteri ssp. barteri is the only gymnosperm known in Benin and endemic to West Africa (Benin, Nigeria, Ghana, and Togo). It is a member of the plants so-called cycads which are the most endangered group in the plant kingdom (Brummitt et al. 2015, Forest et al. 2018). Encephalartos barteri ssp. barteri is very slow growing, this means that populations take a very long time to recover if adult plants are removed from wild (IUCN, 2010). Like most cycads, E. barteri ssp. barteri displays similarities to palms (Elaeis guineensis Jacq.) in its overall habit (Hill et al. 2004), so that the latter are often mistaken for the former by local people. 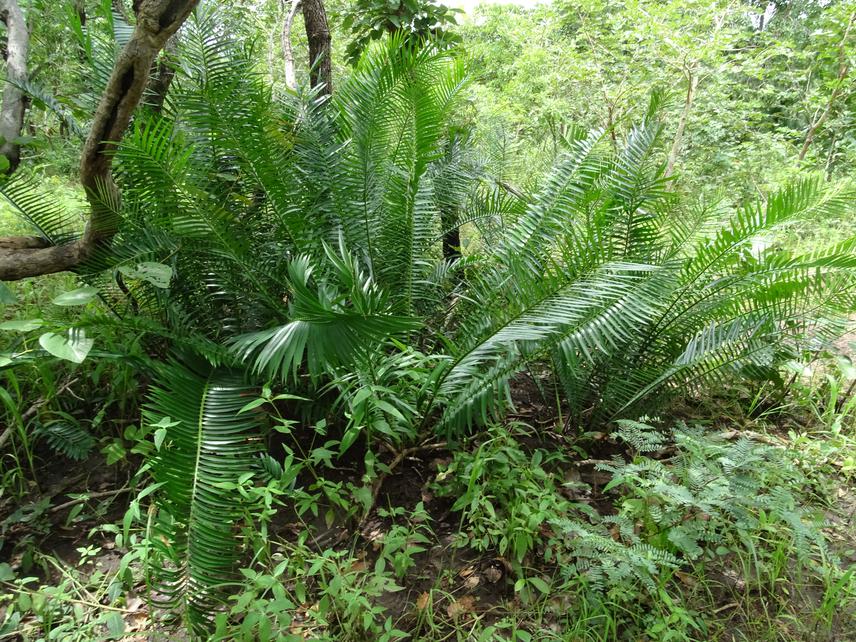 However, the two groups of plants belong to completely different phyla and are not at all closely related (Salas-Leiva et al. 2013). The continuous collection of seeds and seedlings from the Wild is unsustainable and is depleting the populations of E. barteri ssp. Barteri in Benin. As the results, the species was reported to be vulnerable (VU) at local and global scale (IUCN 2010, Adomou et al. 2011). Without any conservation action, E. barteri ssp. barteri will run to extinction in the wild. Thus, to save this species from extinction, we propose to contribute to its conservation through in-situ conservation and restoration of habitats by involving local community in all levels of sustainable conservation actions.