Assess the contribution of ecotourism to the conservation of West-African crocodile. Assess gueltas’ natural and cultural features to desert ecotourism development. 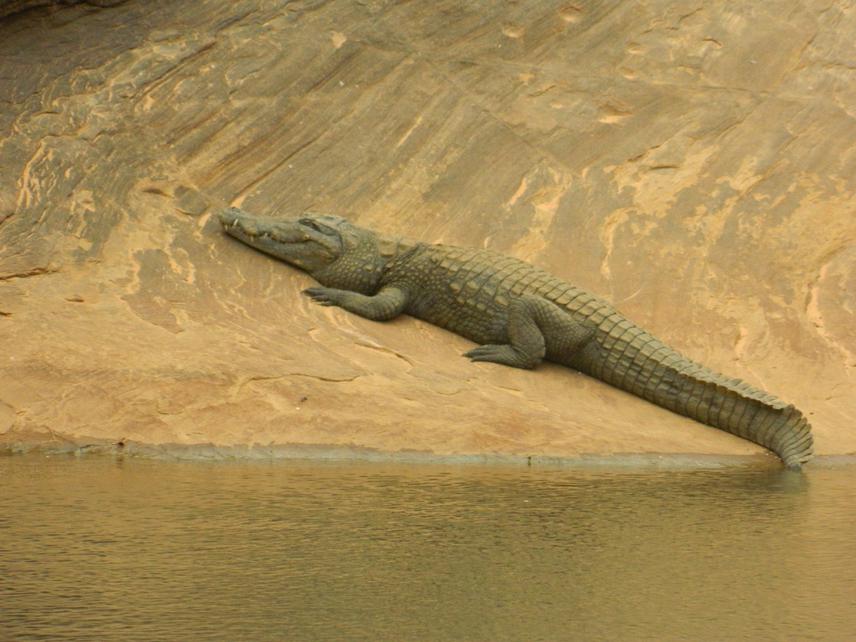 Deserts show several natural and cultural features suitable to attract worldwide tourists and ecotourism can help preserving threatened biodiversity and enhancing local communities’ livelihoods, but little research was done in deserts to date. Mauritania, a low income country within African Sahara-Sahel, exhibits mountain rock-pools (locally known as gueltas) that constitute local biodiversity hotspots, rich in endemic and threatened species, and hold nearby rock engravings from the Neolithic. In addition, some of the most accessible gueltas contain isolated populations of West African crocodiles (Crocodylus suchus). All these constitute attraction for the development of ecotourism. And, as most gueltas are threatened by herdsmen overexploitation, faecal contamination by domestic animals and excavating and pumping water activities, ecotourism raises as an alternative land-use able to preserve desert biodiversity and enhance local livelihoods.

This study will investigate the suitability of Mauritanian rock-pools for the development of West African crocodile-based ecotourism and how it may improve the conservation of this and other species. Biodiversity, environmental and cultural data will be collected. We will fulfil biodiversity databases on yet poorly-known bird and macroinvertebrate species inhabiting these gueltas and will identify ecologically (landscape features, natural rock formations, and vegetation cover) and culturally (millenary watering livestock systems, uses of animal pieces in daily livelihoods, and sedentary and nomadic lifestyles) relevant characteristics suitable for attracting international tourists. Contingent valuations will be performed to estimate the economic value of West-African crocodile for ecotourism development and to investigate the ability of ecotourism to preserve desert biodiversity.

All data will be integrated to rank rock-pools in terms of their potential for ecotourism development and to provide a pilot-framework of the capacity of ecotourism to preserve natural and cultural resources in deserts. It is expected that this pilot study can provide local stakeholders with a framework able to help conserving the biodiversity of gueltas and enhance the livelihoods of local communities who depend on them. By promoting their culture and ancestral heritage, and by acknowledging the value of ecotourism to local economy, it is possible to alter local behaviours upon threatened biodiversity of gueltas. If it is recognized to crocodile-based ecotourism the merit of economic development, this work will contribute substantially for the enhancement of Mauritania economy condition.