Identifying Habitat Associations and Dependence on Urban Wetlands by Waterbirds in Lagos, Nigeria

This project will do the following:
1. Quantify for the first time, the waterbird community at four wetlands within the Lagos metropolis, in terms of species composition, abundance and distribution,
2. Determine the purposes for which waterbirds use Lagos wetlands, as well the relationships between bird indices and some environmental (ecological and hydrological) variables, measured by vegetation structure, sediment characteristics, (benthic) prey density, water quality and topography.
3. Raise awareness on the value of urban wetlands for birds in the communities that live near these wetlands

The study will provide baseline numbers and develop protocol for continued waterbird monitoring in Lagos. 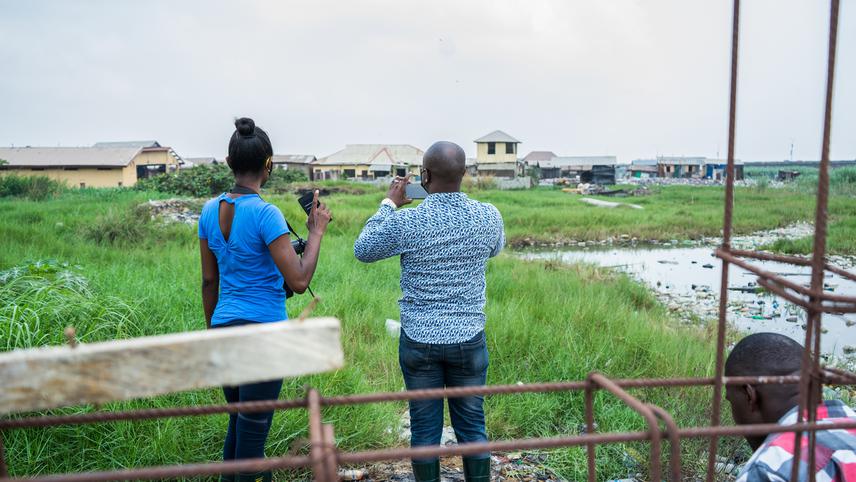 Waterbirds are ecologically dependent on wetlands (Wetlands international 2010) and are important ecological indicators in wetland ecosystems (Afan et al. 2018). Wetlands, which are “areas of water … the depth of which at low tide does not exceed six metres” (RAMSAR 2016), are important habitats for both migratory and resident bird species because they are used for feeding and roosting. However, wetlands around the world are being lost and degraded rapidly (Ramsar Convention on Wetlands 2018).

Even though wetlands are known to be a critical part of the natural environment in Lagos City, the biodiversity being supported by these areas have hardly been sufficiently quantified. Therefore, the extent of the problem being posed by the abuse and degradation of wetlands is not fully understood. Studies which have documented some water-bird species in Lagos were restricted to a particular season and site (Iwajomo et al. 2018; Iwuji 2019) and did not document how the species utilize the habitats.

The ever-increasing population in Lagos, and consequent urbanization and industrial development, brings concerns. Ongoing human activities, such as waste disposal and sand mining, modify ecological and hydrological structure of wetlands, thus potentially degrading valuable habitat for wetland birds. This makes it pertinent to study the wetland birds now. Good conservation policies and management decisions will need to be informed by such a quantitative study which focuses on relationships between birds, their prey and the environment (Zhang 2016).

In order to collect the data needed to understand these bird-habitat relationships, we will visit four wetland sites monthly for one year. At each site, we will identify the waterbirds perched within the wetland, and count them. Additionally, we will collect water and sediment samples to be analysed in the lab. We will also do quarterly vegetation surveys at each site.

Additionally, at the beginning and end of our field survey, we will engage with members of the communities around these wetlands. We will have conversations with them in order to discuss the value of wetlands, as well as understand their perceptions and use of their wetlands.

The findings of the study will inform environmental management and conservation decisions, provide baseline numbers, and develop protocol for continued waterbird monitoring in the area.