Rural Communities Based Approach for the Sustainable Conservation of Caesalpinia bonduc (L.) Roxb in Central and Northern Benin

Caesalpinia bonduc (L.) Roxb, the most commercialized medicinal species in Southern Benin, is reported as already extinct in the wild. Remaining individuals can only be found in traditional agroforestry systems. This project aims to (1) assess local perception on decline of the species and indigenous strategies for its conservation; (2) model the suitable habitats for the species conservation through gathering new data on the remaining individuals and (3) train volunteers selected among local people on advanced nursery and transplantation techniques of the species. Semi-structured interviews, mega-transects setting and nurseries will be combined to reach the objectives of the project. 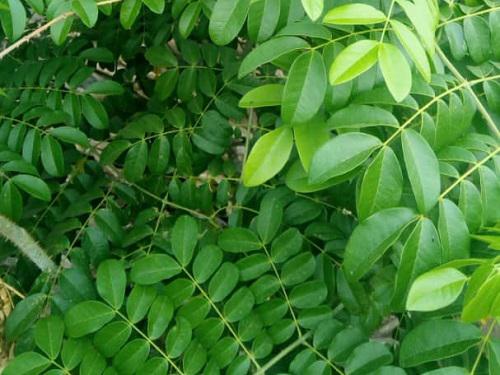 Benin is a moderately forested country with vegetation dominated by savannahs mosaics where degradation of forests is still a major concern. The loss of forests was estimated to 75,000 ha/year between 1990 and 2011 (FAO, 2011). Land clearing for agriculture, charcoal production and overgrazing are often referred to as the main drivers of forest degradation in Benin. These factors combined with climate change have resulted in the decline of the populations and even the extinction of many important indigenous species. Among these species, Caesalpinia bonduc, the most commercialized medicinal plants in southern Benin (Vodouhê et al., 2008) is already extinct in the wild. This is due to overexploitation of its roots, which are harvested as a treatment of prostate gland disease and candidiasis in traditional pharmacopoeia. Some remaining individuals of the species can only be found in traditional agroforestry systems. Moreover, the seeds hardness does not favour the spontaneous regeneration of the species in the wild. The species is classified as rare and endangered in the world (Harden, 2002). To restrain such degradation and its effects and reduce the threat on this species, in situ and ex situ conservation strategies are both urgently needed. 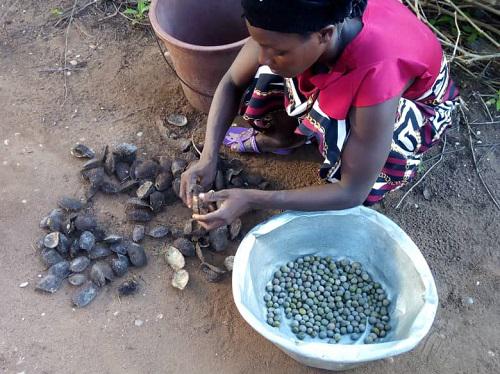 Three main conservation activities will be implemented for the species in the frame of this project as follows:

- Firstly, semi-structured interviews will be undertaken with household heads in order to record their perception of the decline of the species and local strategies for its conservation;

- Secondly, mega-transects will be set through the study area and geographical coordinates of the remaining individuals of the species will be recorded allowing the suitable habitats modeling for the species conservation;