Surveys and Conservation of the Scaly-sided Merganser in Russia

Surveys and Conservation of the Scaly-Sided Merganser in Russia

Surveys and Conservation of the Scaly-Sided Merganser in Russia

Using existing Scaly-sided Merganser artificial nest boxes in Russia and China we will continue efforts to increase reproductive and fledging success. We will investigate an effect of contaminations on reproductive success. 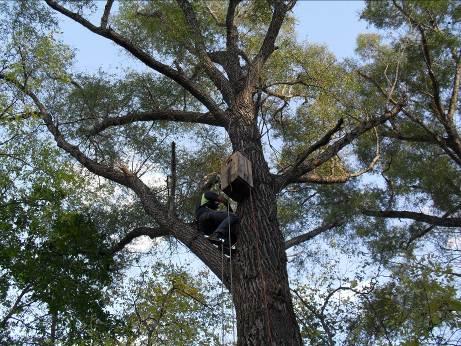 The first long-term Scaly-sided Merganser breeding biology and demography study was performed by this project in Russia between 2003 and 2013. The artificial nest program was sponsored by the Rufford grants (2003, 2004, 2006 and 2011). The project will develop a nest box program in core breeding area Russia and Implement a nest box program in Lesser Xingan to directly enhance and preserve isolated Scaly-sided Merganser population in China. Depredation over clutches and nesting females was found to reduce production and female tendency to return to the same nest site in following years. Effective measures to save clutches from predators will be elaborated and used during project years and during following years to continue increasing production of young. Preliminary contaminant screenings have revealed high levels of arsenic and mercury in the blood and eggs. The project will understand the level of contamination's in tissues and eggs of this endangered duck, whose wintering areas occur on highly polluted rivers of South and Central China.

Based upon this knowledge the Scaly-sided Merganser Task Force could apply to international conservation organizations and governments, primarily Chinese. Accompanied studies of demography will be addressed to the understanding of pollution effect on survival and productivity. We attribute short lifespan and poor egg hatch ability to contaminants obtained by females wintering in polluted water systems. If contaminant levels are found to be impacting reproductive success, results would aid in directing appropriate conservation measures. Opening a Visitor Center for local people and tourists is planned in core Scaly-sided Merganser breeding area in Russia. Education of local people aimed to decrease illegal intake and to attract local volunteers to the species conservation.