The main objectives of this project are about detailed analysis of the distribution of endemic freshwater snails in the northwestern part of Republic of Srpska in Bosnia and Herzegovina, collecting basic information on their habitats and, based on this, developing an effective plan for the conservation of these species and their habitats. 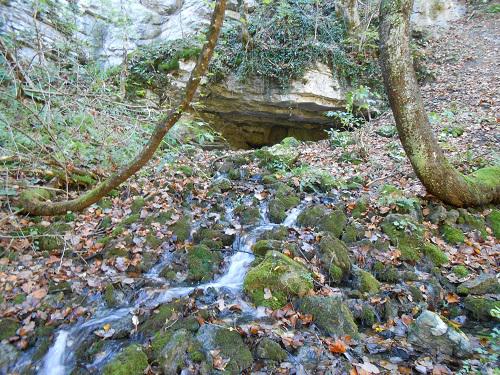 Representatives of freshwater snails from families Moitessieriidae and Hydrobiidae are known for endemism. There are several species (Bosnidilhia vreloana, Graziana vrbasensis, Islamia dmitroviciana and Belgrandiella bozidarcurcici) which are, according to known data, probably endemic to the catchment area of the Vrbas River in Bosnia and Herzegovina and which are only found in some springs and streams in certain sub-basins of the Vrbas River. Detailed information are missing on the distribution of these species, their biology and ecology, and their conservation status is not defined. The habitats of these species are exposed to an increasing anthropogenic pressure and these species face possible extinction. Not enough is known about the status of their biotope, where there are no data on the characteristics of habitat types of Graziana vrbasensis. 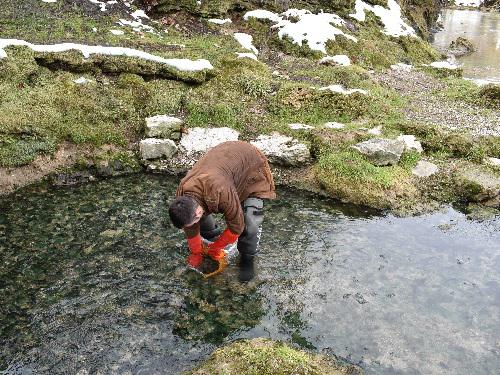 Sampling in the spring.

The most common way of destroying spring habitats in Bosnia and Herzegovina is encasing springs in concrete tanks and making drinking fountains or using springs for water supply and watering animals, and, in recent years, they are used for the construction of small hydropower plants in the basin of the Vrbas River. In addition, there is the pollution of water sources by polluting groundwater, as well as the initial parts of the surface portions of rivers. In this sense, the results of this research will be of importance, as they will record the current state of the distribution of these species, but also the features and state of their biotopes. All of this clearly indicates that there is a need for protection of these species and their underground and spring habitats, which are not only poorly explored but also poorly protected and under presented in conservation projects. This project would also help in terms of methodology since it could define similar future conservation projects for spring and underground habitats. The results will be presented to the target groups in order to raise awareness of the importance of preserving these species and spring biotopes in general and provide conditions for taking measures to protect these still inadequately explored species of snails and the unique spring habitats they inhabit.