The Giant Nuthatch (Sitta magna), a bird in the family Sittidae, is restricted to southwestern China, eastern Myanmar, and northern Thailand and is now globally endangered with a total population estimated at <2500 individuals. The global threat status of Giant Nuthatch was uplisted from vulnerable to endangered in 2012 (BirdLife International, 2016) due primarily to the loss and degradation of pine and mixed forest habitats through shifting cultivation and logging. Although Giant Nuthatch is endangered, much of the fundamental ecological/demographic knowledge necessary for their long-term management, particularly regarding nesting habitat and nesting success, remain unavailable. Lack of quantitative data becomes a central issue for the conservation of this endangered species. 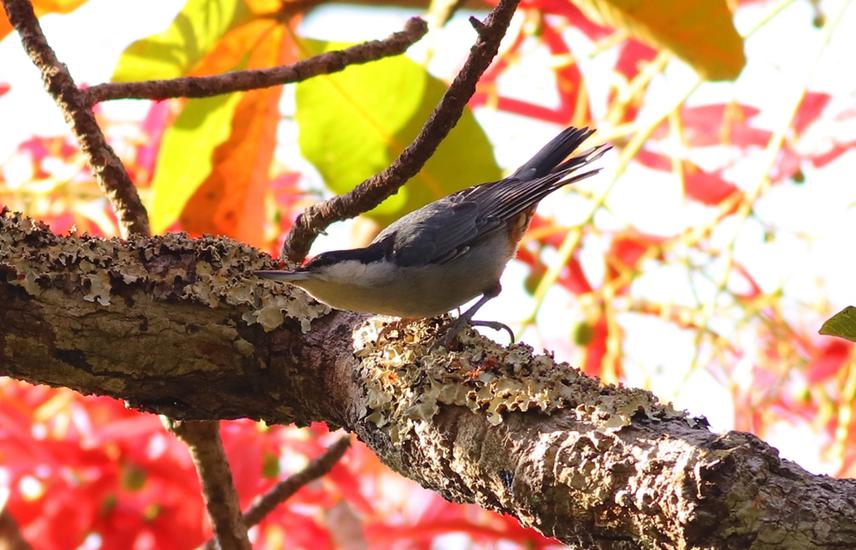 Giant nuthatch (Sitta magna), this photo was taken at Lum Nam Pai Wildlife Sanctuary one of the five major localities in the recent distribution range of Giant nuthatch in northern Thailand. © Vatikorn Sophonrat

Thailand comprises perhaps 5-10% of the Giant Nuthatch’s global range and our recent comprehensive study, supported by our 1st Rufford Small Grant, estimated that its population size in Thailand was 578 individuals in approximately 156 km2 of suitable habitat at elevations ranging from 1,166 to 1,951 m. Mature pine (Pinus kesiya) forest and mature pine (P. kesiya) plantation were found to be its primary habitats. Thailand has developed the first quantitative baseline data for the species, a critical first step for effective conservation, however additional studies on the reproduction and the survival of giant nuthatch are now needed to focus specific management action. Here we propose to obtain nest-site selection and reproductive success data which is one of the most important parameters that can be used to estimate and predict bird population dynamics at a site containing the largest known subpopulation of the species in Thailand (possibly representing 2-5% of the global population) at Doi Kham Fah, Pha Dang National Park, Chiang Mai province. Because the largest subpopulation in Thailand is found in a site dominated by old pine plantation, we also propose to Clarify the significant characteristics of breeding habitat of Giant Nuthatch to improve our understanding of the capacity of these plantation habitats to support viable populations which will be used to facilitate the establishment of a national and international long-term management plan for this endangered species and its habitats.