Fungi are ubiquitous and, unlike other organisms like plants and animals, knowledge on fungal diversity and conservation is lagging behind although fungi are the second most diverse group of organisms (Purvis and Hector 2000). They play key roles in ecosystems (Schmit and Mueller 2007) and can directly improve livelihoods through economic, nutritional and medicinal contributions. In Benin, the diversity of fungi is roughly estimated at 16,842 species; to date, only 432 species i.e., 2,6% are known (Piepenbring et al. 2020). Based on a report on the alarming rate at which the tropical forest is disappearing (Myers1980), there is evidence that many tropical fungi will disappear without been discovered and identified. Likewise, we then could gain no information on the species’ function in the ecosystem and for the population, since many studies have highlighted how community dependence on forest resources has high implications for long-term management and sustainability of forests (Saha and Sundriyal 2011). To be able to save known and unknown fungal taxa (species) and their habitats from extinction, unique and never explored habitats need to be surveyed. At the same time, local communities need to be informed and reoriented towards new income-generating activities which do not require the destruction or conversion of pristine land. To make it feasible reorientation of income-generating activities should not require relocation nor significant financial investments. We think mushroom cultivation is one of such options fitting these requirements. 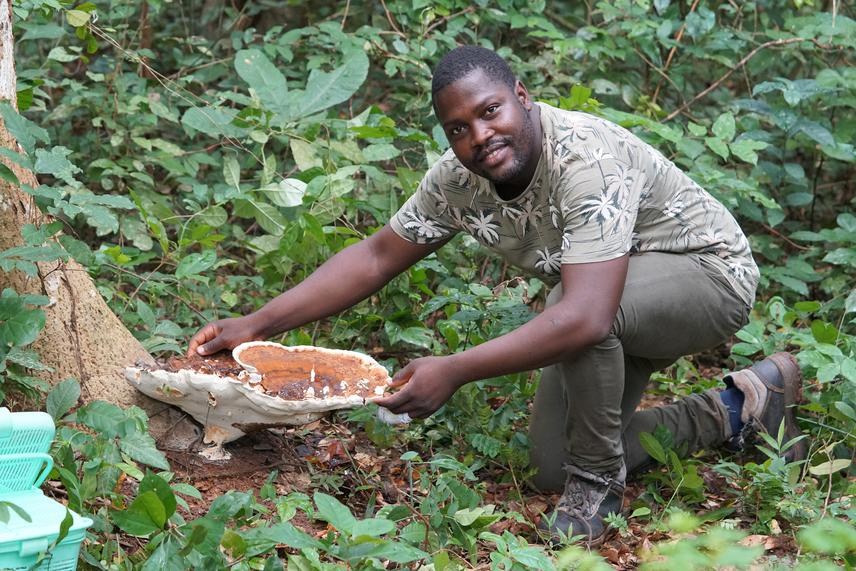 In Benin, the Lokoli swamp forest is a unique type of habitat in West Africa (Sinsin and Assogbadjo, 2002), currently fragmented and never surveyed for fungi. To save the biodiversity, directly or indirectly threatened by the pressure of the local population, we need to intervene as early as possible with new conservation actions. Thus, we feel that documenting the diversity of macro fungi, raising awareness and training local communities in mushroom cultivation will be the most effective conservation actions to save Lokoli swamp forest.