Very little is known about the migratory eastern population of the globally threatened White-headed Duck (Oxyura leucocephala). Large proportion of this population is believed to breed or stop in Tengiz-Korgalzhyn region in Central Kazakhstan, where it is relatively well studied. However, there is hardly any data available on key sites, numbers, habitat use and threats for this population outside of the breeding grounds. The project aims to tag White-headed Ducks in Kazakhstan for the first time to track their migration and to fill the current gaps in knowledge of this species. 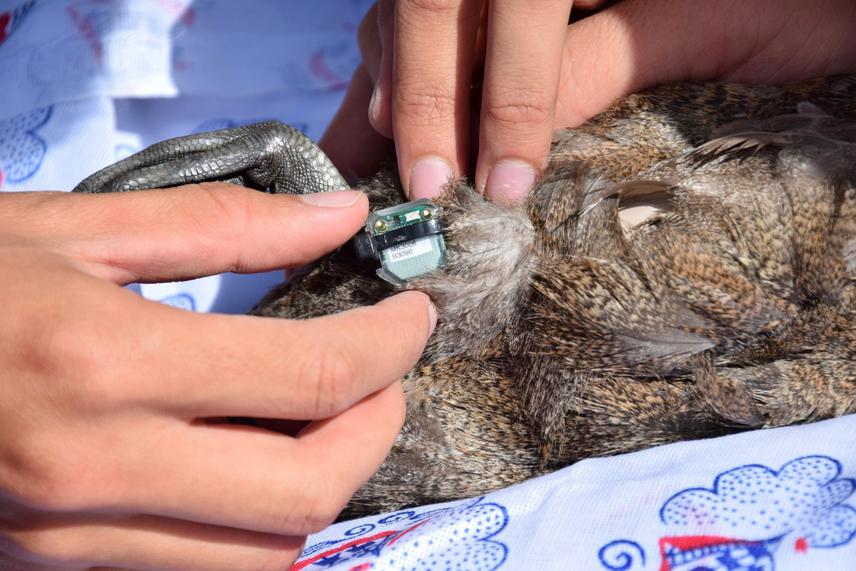 White-headed Duck (Oxyura leucocephala) is currently classified as Endangered by the IUCN. The Central Asian migrating population is the largest but there is no information about its breeding area extent, stopover and wintering sites. The information on ecology and biology of the species within Central Asia region is also very limited. This project will be the first attempt to collect this valuable data through tagging migratory White-headed Ducks.

The fieldwork will be conducted in Central Kazakhstan, in Tengiz-Korgalzhyn area located in the middle of the Kazakh steppe eco-region and represents a concentration of hundreds of freshwater wetlands and saline lakes of various sizes supporting rich biodiversity. Acting as a bottleneck for birds migrating through vast and largely waterless steppe expanses to and from breeding grounds in Siberia, these wetlands annually support an estimated two million water birds during autumn migration and are believed to be home to a large proportion of world breeding population of White-headed Duck.

The birds will be caught with the mist nets at the key moulting sites (Zhumai-Maishukur Lake System) and tagged with geolocators, which is known to be the safest way of tagging diving ducks nowadays. The tags of 2.8 g will be attached to a plastic leg ring. Catching and tagging of 30 birds maximum will be implemented in July 2017. The recapture of birds with geolocators is planned for July 2018.

Identification of key staging and wintering sites will allow us to assess status of the sites and possible threats the bird may face there. Using the location data from tagged birds this will be possible to inform local conservation organisation across the range about newly discovered stopover sites. This will allow timely deployment of local survey teams to count White-headed Ducks, record habitat conditions and assess threats to these birds. Therefore, the project will not only assist research and conservation in Kazakhstan, but, most importantly, will inform conservation action along the migration route.