This project will be conducted at three project sites / populations, namely; Akomsobo gorge
Labolabo and Abotriansa in Ghana. 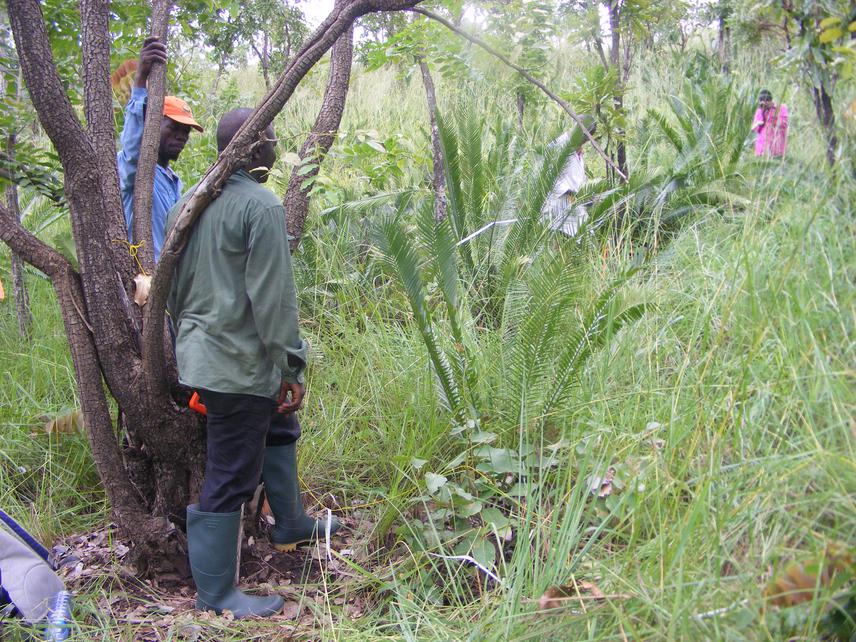 Cycads are among the most threatened groups of plants worldwide. In West Africa, Encephalartos barteri (Zamiaceae) has attracted much interest because it is the only widespread gymnosperm. The species is endemic to Benin, Ghana, Nigeria and Togo and considered as vulnerable according to IUCN Red List of Threatened Species Version 2012.2 (www.iucnredlist.org).

This species is listed on Appendix I of the CITES Appendices (http://www.cites.org).In Ghana, E. barteri occurs sporadically on rocky hillsides and the major threats to this species are fires. There is, however, lack of data on the current status of the species in Ghana and it is feared that the existing populations of the species will become extinct if not properly conserved. The overall goal of this project is to improve our understanding of the ecology and aspects of the biology of E. barteri towards its conservation in Ghana.

This project will be conducted at three sites, namely; Akomsobo gorge (6 ˚ 16'N, 0 ˚1' E), Labolabo (6˚ 26’ N, 0˚ 08’ E), Abotriansa (ca. 46’ N, 0˚ 54’W) in Ghana. Sampling will be carried out using 25 m x 25 m plots which will be subdivided into 5 m x 5 m subplots for data collection. Within each subplot we will count the number of individual cycads and grouped them according to sex, age and size. Seed production will also be assessed. We will also assess threats and record other activities likely to threaten populations of the cycads within the larger 25 m x 25 m plots. Data to be collected will include frequency and extent of bush fires, and harvesting rates and patterns. Lastly, awareness creation among communities and staff of the District Assemblies and District Forestry Division in the project sites will be undertaken through a workshop, and using posters and other educational materials developed by the project.

The project will directly support the conservation of the known surviving populations of E. barteri in Ghana through promotion of awareness about their status. It is also expected that management actions proposed based on data collected will be used by authorities in making management plans for the protection of the species in Ghana.