Nowadays, the increase in human well-being is linked at least to some point with the overexploitation of natural resources. Processes such as globalization, increasing tele- connections and rises of global demand of food drive changes in land use, the main cause of environmental change (Turner et al., 2007; Godfray et al., 2010). While traditional conservation frameworks usually focused in “Anthropic vs. Natural environments”, the increasing perception of environmental issues by societies, scientists and governments has generated more integrated frameworks for the conservation of nature. In the lat two decades, conservation science has began to analyze the consequences of anthropization and land use change over natural resources and biodiversity (Redfort et al., 2003; Daily et al., 2005). This derived in the progressive linkage between human and natural dimensions. Concepts such as “ecosystem services” (Costanza, 1997), socio-ecological systems (Stockholm Resilience Centre, 2014) or “Anthropocene” (Ellis et al., 2010) illustrate this situation, and emphazise the importance of further linking both areas.

Argentina is the second largest country of Latin-America, and is a very heterogeneous region with a subsequent high richness and diversity of natural resources and landscapes and the existence of 15 ecoregions with distinctive ecological characteristics. This diversity of environments and natural resources, also determines the existence of different land uses which in general intensified in the last years due to rises in the demand of food and other goods, even outside the ecoregional and national boundaries. Argentina is also rich in human resources, that, in the last decade, have been trying to answer and solve conservation issues in the different ecoregions. However, the links between policy and academia are still weak in the country. The Rufford Foundation has financed many conservation-oriented projects in developing countries, including more than 120 projects in Argentina. This places in evidence the existence of a strong community involved in conservation science and practice in the country. The funding obtained by Rufford Foundation to host a conference in Argentina therefore constitutes an unique opportunity to gather a group of specialists in environmental issues and discuss their influence in the different ecoregions of our country. 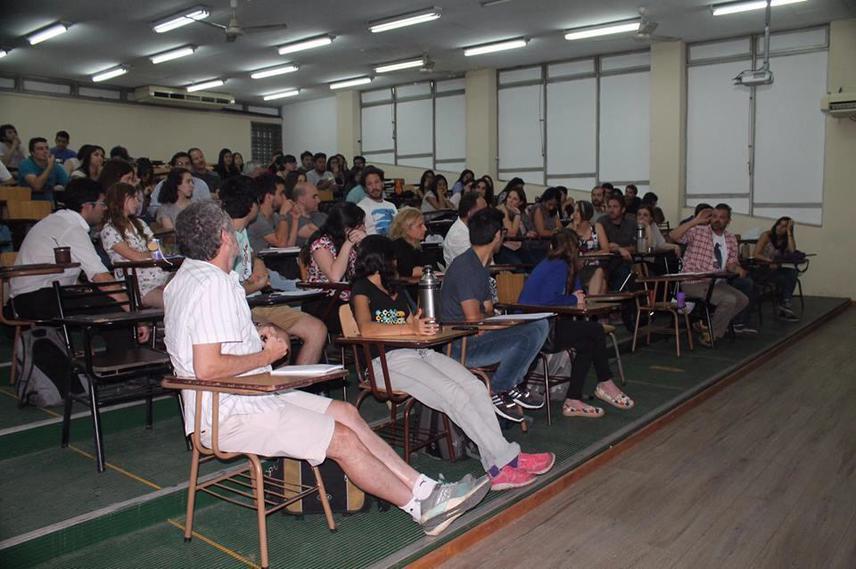 Discussion during the open workshop.