The study will be carried out in the Central African Republic (CAR), expanding upon research that has already been started in the Republic of the Congo. We aim to achieve the following goals:

1. To identify and describe the factors that influence the knowledge about pangolins among different communities and the importance of it for the conservation of the species.
2. To identify the ways in which pangolins are utilized and valued among different communities.
3. To characterize the extent of hunting and illegal trade of pangolins and their scales in the study areas.
4. To assess the factors influencing the urban and rural demand for pangolins in the surveyed areas. 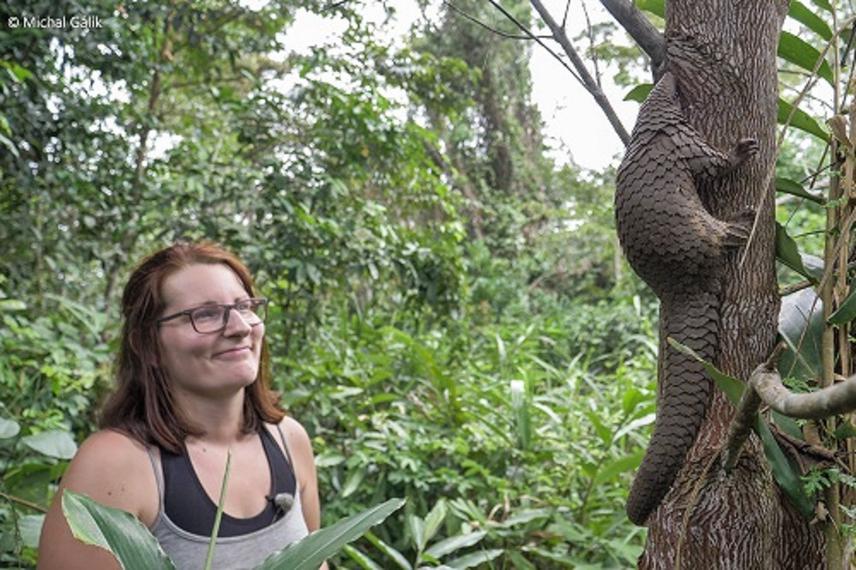 Pangolins (Pholidota, Manidae) are highly specialized, cryptic in the wild, nocturnal, and therefore complicated to monitor. Globally, there are eight extant species of pangolins, four Asian species and four African ones. Their scales, as well as other derivates of their bodies, are believed to be utilized for a wide range of different treatments in traditional African as well Asian medicines. Additionally, pangolin meat is a source of protein consumed by local people in their native areas, and in general, pangolins are considered to be a delicacy and a symbol of status. Therefore, they are believed to be threatened by local use and illegal wildlife trade.

This research continues from surveys that have already been started in the Republic of the Congo. During that survey, we collected pilot data about three species of pangolins in the villages and markets surrounding the Odzala-Kokoua National Park in the Congo. In CAR, we plan to continue to assess the threats to pangolins using community-based approaches including more study areas. Our study will contribute greatly to the knowledge about pangolins living in the Sangha-Mbaéré region and how they are used in the capital city - Bangui. We aim to understand the factors influencing the perception of local communities, hunting and trading pangolins to better target conservation activities. This study will explore the differences among various locations to get a broad insight into the topic and engage different stakeholders (market traders, hunters, village dwellers) to record variability among them. In addition, we will continue to collect samples for genetic analysis, and increase awareness about pangolins in our study areas. In the Central African Republic, all three species of pangolins (Phataginus tetradactyla, Phataginus tricuspis, Smutsia gigantea) are fully protected by the national law. However, this has been revised just recently and the importance of spreading such new information is thus crucial.