This study in the lowland Amazonian rainforest of SE Peru is aiming to document the current population genetic structure of Scarlet Macaw (Ara macao) populations and assess the feasibility of genetic tagging technique for measuring home-range, dispersal, and population structure. 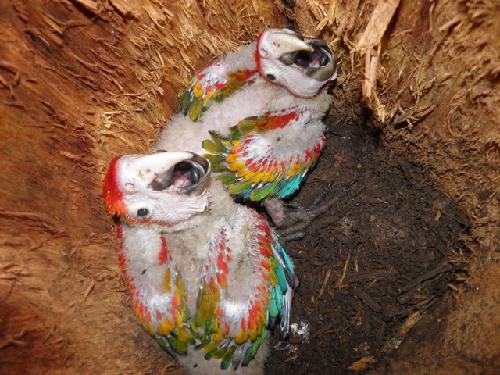 Many species are threatened by anthropogenic habitat fragmentation, degradation and loss and genetic studies are essential for helping us understand and mitigate these threats. Dispersal is an important parameter which drives population dynamics and genetic isolation but it is difficult to study through non genetic means. Macaws and parrots are among the most threatened groups of birds worldwide, making their study and conservation an important priority. 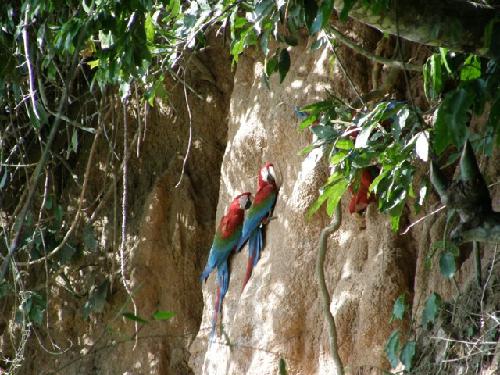 The objectives of this study are to (1) document the genetic structure of large macaw populations in lowland Peru, (2) evaluate the movement and dispersal patterns of Scarlet Macaws (Ara macao) using genetic tagging, a novel non-invasive technique for identification of individuals by genetic markers, and compare with results from ongoing satellite telemetry studies, (3) compare the effects of recent fragmentation by highway construction with ancient fragmentation in a montane valley to predict the potential effects of future fragmentation throughout the tropics. 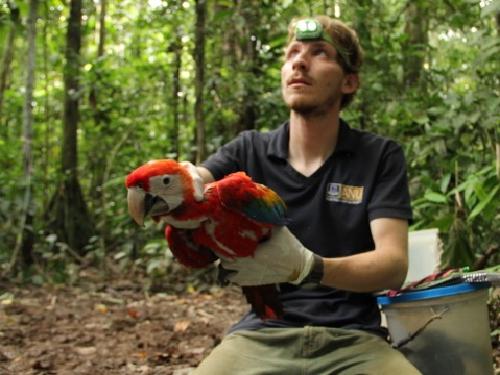 We will also apply our techniques to specific conservation issues including mitigation of fragmentation effects caused by the Inter-oceanic Highway and protecting the highly diverse Candamo Valley from future government sponsored hydrocarbon exploitation. Our research team has eleven years of experience working in the area during which we have discovered a large number of nests and clay licks which will provide access to genetic samples. We will use the results of the recently launched Scarlet Macaw Genome Project at Texas A&M to develop the highly variable genetic markers that will enable powerful insights into the population structure and dynamics of wild macaws.